A bit late to the party as usual, but I couldn’t resist taking part in Geniaus Jill Ball’s Accentuate the Positive geneameme this year. And of all years to be late, it was the tenth anniversary of starting my blog, exactly one month ago on 3rd January. (The posts may be few and far between lately, but I’m still here!)

The last twelve months have certainly been… interesting. In terms of genealogy, there have been some definite highlights, despite the cancellation of events I had planned to attend in person.

Just before lockdown, I gave my first genealogy presentation, and now have a webinar lined up for February 10th (10am GMT, 11pm NZDT) as part of the IHGS Diamond Jubilee events. If you’d like to learn more about using historical newspapers for family and local history research, there are still a few places left. There are some wonderful tutorials on offer over the week, all presented by current and former students and IHGS staff, plus their ongoing tutorial program.

Last year Findmypast asked me to join their Friends of Findmypast program as a Global Ambassador, and I’m thrilled to be part of the Down Under team highlighting the records you can find, plus news and upcoming events such as their Facebook Live sessions. (Disclaimer: As an ambassador for Findmypast, I receive a free subscription.) To start the year off, I’m taking over the Findmypast Twitter account this Saturday, February 6th (that’s Waitangi Day for us Kiwis) from 8pm to 10pm NZDT. Pop along and say hi! 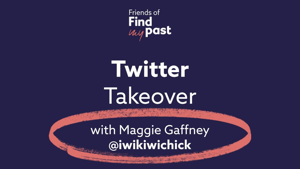 What else happened for me in 2020 (from a family history perspective)?

1.  An elusive ancestor who continues to remain elusive is my great great grandmother, Elizabeth Rose. According to her children’s birth registrations, she was either born in Northumberland, England, or South Africa, and I’ve been unable so far to pinpoint her likely parents in either place. However, some DNA matches on that line have given me hope that we might be able to crack that one this year.

2.  Some great newspaper finds were shipping intelligence reports, detailing the comings and goings of passengers and goods aboard ships sailing to New Zealand. I’m hoping I can identify which voyage my ancestor Michael McGonnell crewed on to reach New Zealand.

3.  A geneajourney I planned but didn’t take was a trip to Christchurch for their inaugural Family History Expo in August. While some of the talks moved online, it was a shame to miss out on the social aspect as well as the family history research I had planned. Still, there’s hope for this year’s event!

4.  I located an important record, a transcript of the memoir of Henry Rose, captain of the Mermaid, which brought immigrants to New Zealand during the 19th century, among them my great great grandparents, Martin Burke and Ann Philp. And just this week I’ve found a published account of his life based on the memoir, written by Karen Slade: Driven by the Wind – The Memoir of Captain Henry Rose. 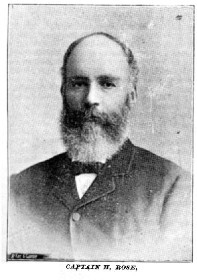 5  A geneasurprise I received was being invited to join the #ANZAncestryTime team to help with a weekly Down Under twitter chat on Tuesday evenings. It’s been lovely to connect with genies on this side of the world, and we often have others from around the globe popping in.

6.   My 2020 posts were few in number but the blog page that I was particularly proud of was my Family History month calendar of events – it took a while to set up, but I’m hopeful it will be easier next time, and that it might prove useful to readers. At least it will help me keep up with all the events going on. 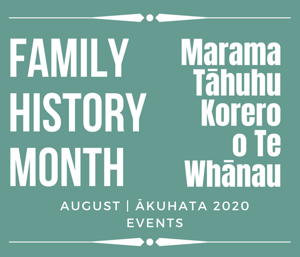 8.  A new piece of technology or skill I mastered was using Lucidchart to build DNA relationship charts to help visualise the connections for a DNA tester. Thanks to Angie Bush for the inspiration, and Blaine Bettinger for his helpful webinar!

9. I joined the Fife Family History society, and look forward to making the most of my membership this year.

11. A DNA discovery I made was matching with descendants of my great great grandmother, Elizabeth Rose, and identifying more of her siblings. I hadn’t looked at that family line for some time, and there were definitely some (shockingly large) gaps in my old research.

12. A new genealogy/history book I enjoyed was Kirsty Wilkinson’s Finding Your Scottish Ancestors, and I’ll be using some of her tips to sort out my Nicholson and Philp familes in Fife. 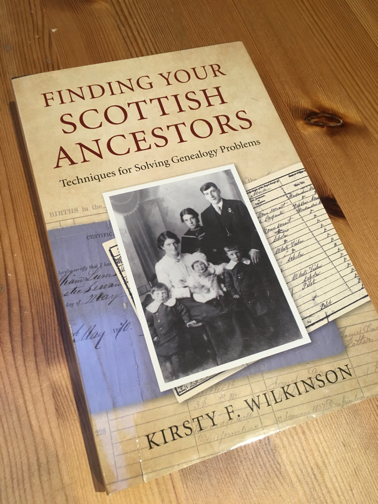 13. Zoom gave me an opportunity to attend international conferences and presentations that I wouldn’t have had access to in person, plus take part in Talking Family History sessions during lockdown and beyond.

14. I am excited for 2021 because I’ll be studying for the IHGS Diploma in Genealogy as their first overseas-based student, and hopefully passing the exam.

Thanks to Jill for the opportunity once again to focus on the positive aspects of the last twelve months.  Check out Geniaus Jill’s page to read contributions from other genies.