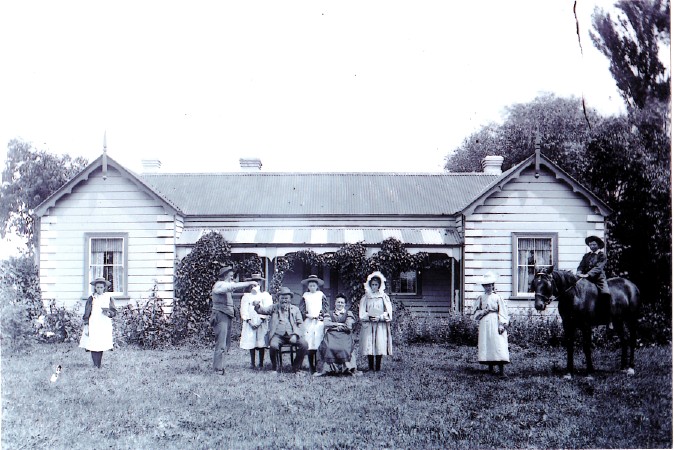 This is the original home of Michael Gaffaney and Margaret Brosnahan, and I’ve posted this photo in an earlier post.  I’m not sure when it was taken, but at the recent family gathering in Temuka, the photo was displayed with the following note:

Their son Thomas died in 1900 at the age of 28, and if it is indeed him on the horse, he looks considerably younger, so I’m guessing this photo is at least a decade earlier than that.  (Where is Jayne Shrimpton when you need her??) 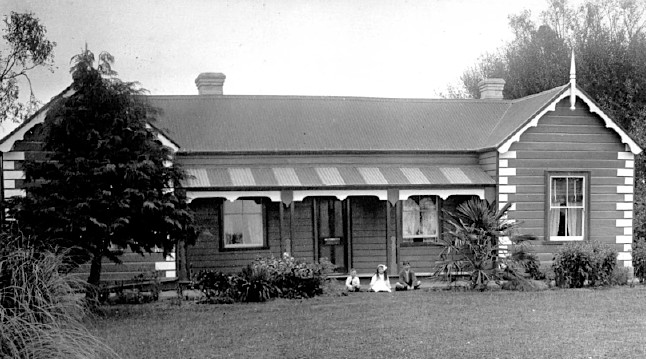 I have a copy of this photo, but was never sure who the children were, or when it was taken.  At the Temuka gathering, it was displayed with the following caption: 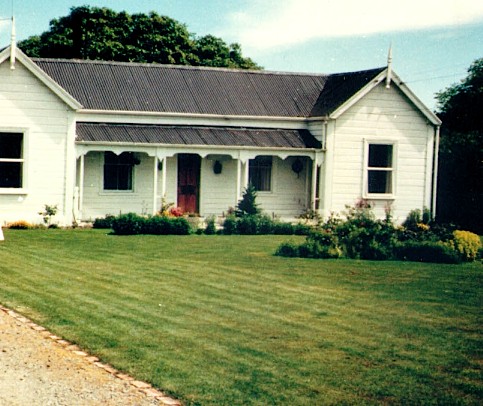 This is a photo my father took in 1989, possibly just before the house left family ownership. 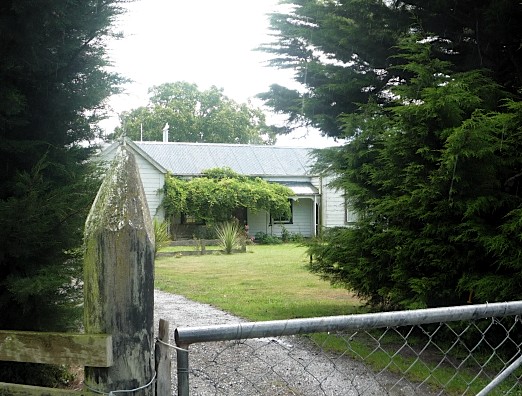 This is what the house looks like today – a bit run down and unloved. (And yes, I should have moved a bit closer, so that darn post was not in the way.)  Apparently many of the character features of the house are long gone, and it’s in need of serious repair.  That didn’t stop me asking my cousin to let me know if it ever goes up for sale!

Who the heck are these folks?