I’ve been filing!  I haven’t done much else, just placed documents, notes, booklets, etc into clear plastic pockets and filed them in the relevant folder.  I still need to process a lot of it, but at least it’s filed away.

And it was interesting to come across a few things I’d completely forgotten about.  Like a photocopy of an old photograph, with some names inscribed.  I posted the photograph for a Wordless Wednesday post a while back, but didn’t know who most of the people were.   On my trip to New Zealand in February, my father gave me the photocopy of it with the names, and I’d squirrelled it away rather than filing it properly. 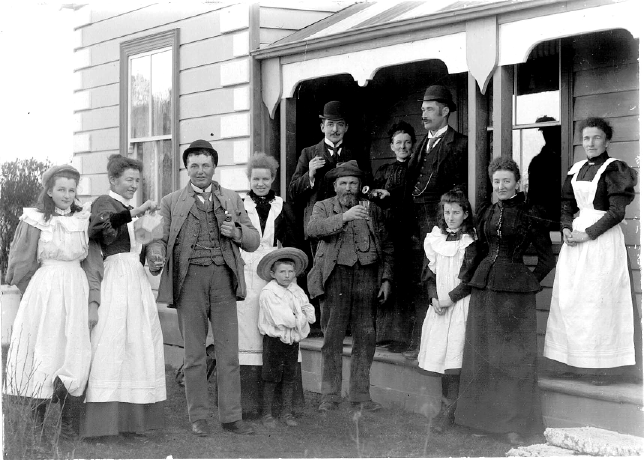 And then I found this photo my father had copied for me – same family, same house (possibly an earlier date?) What I noticed about the photos, is that my great great grandfather Michael is being poured a drink (of what?) in both!  Was it some kind of family tradition or long-running joke, or maybe just pure coincidence?

Sorting Saturday is an ongoing series at GeneaBloggers.

Oh, look who I found!

This is the Face of Genealogy