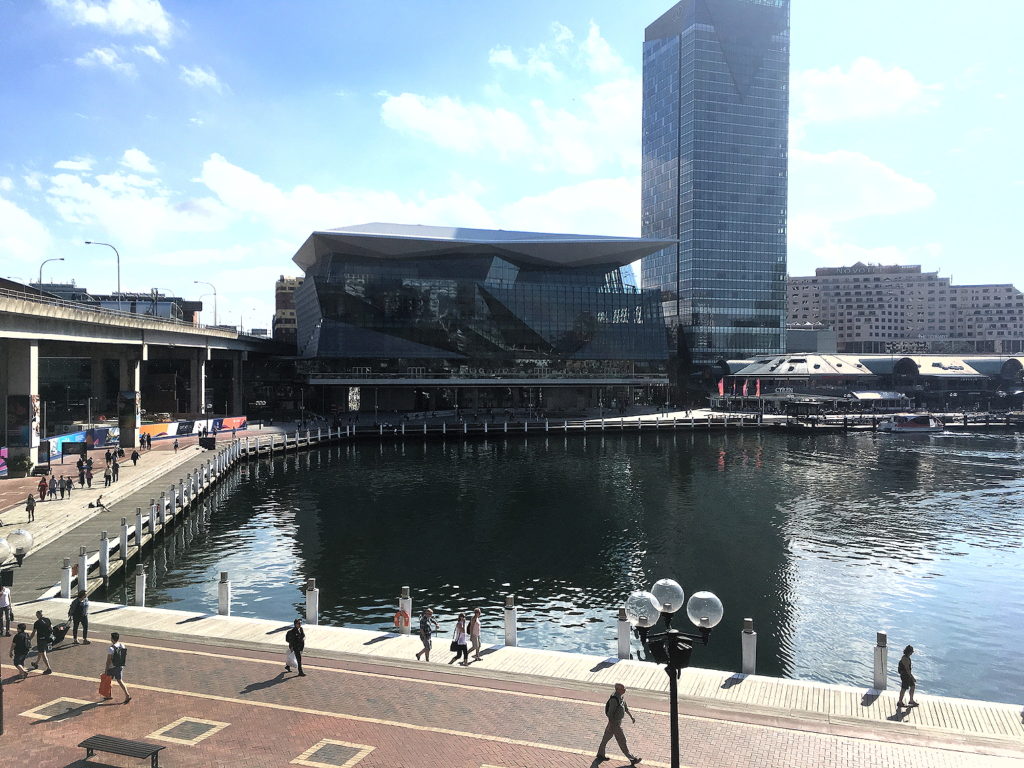 It has taken me several days to come off Sydney time and the genie high that was the 15th Australasian Congress of Genealogy and Heraldry 2018. What a glorious four days! The weather was good, the venue superb, and the craic mighty – a winning combination. Hats off to the organisers for an amazing event, and to GeniAus for making it so welcoming to newcomers. 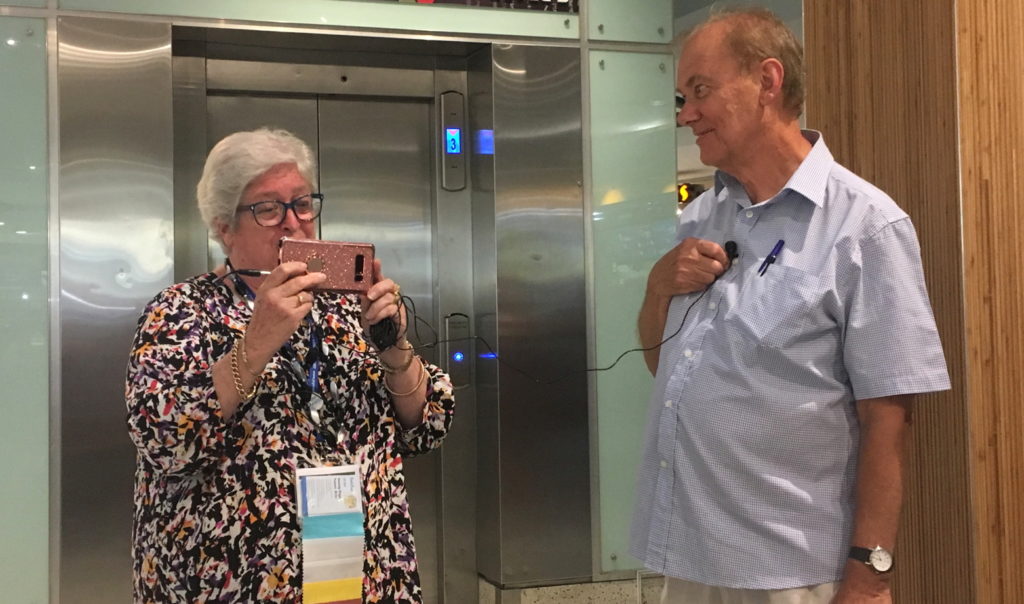 GeniAus about to interview John at Friday night’s get-together

Among the presentations I attended were those given by speakers I’d heard and enjoyed before – Judy Russell, Paul Milner, Paul Blake, and Lisa Louise Cooke. Always good value! Kiwi Fiona Brooker gave a great talk on families who travelled back and forwards “across the ditch” (the Tasman Sea), and GeniAus Jill Ball shared some useful tips for family history bloggers. Kerry Farmer’s two presentations on DNA were excellent – one was on solving family puzzles using DNA (illustrated with case studies), and the other on chromosome mapping (which I want to tackle but haven’t got round to).

I also attended talks on the National Archives of Australia and Trove, but unfortunately my attention was elsewhere at the time as my daughter’s school camp in the South Island had been hit by a gastro bug and lots of messaging ensued between myself and the husband back in NZ trying to find a way to get her home. (She was one of the lucky ones who didn’t get ill!)

Ruth Graham’s presentation on Digital Humanities and Pauleen Cass’s on Uncovering your Irish roots both provided some food for thought, and Carole Riley gave us the low-down on Evernote and OneNote (though I still don’t know which I prefer). I loved Thom Reed’s tips on utilising the unindexed records on FamilySearch – there’s treasure to be discovered!

The only presentation that was disappointing was on How to be a professional genealogist, where I had hoped to learn a bit about the genealogy industry in Australasia. Most of the talk was taken up with audience members’ comments on the various (good) educational options available locally and little on other practicalities. However, I am comparing with a couple of day-long events that I attended in England, so perhaps unfair. And (as an audience member) Judy Russell’s advocacy for the APG (Association of Professional Genealogists) was marvellous! 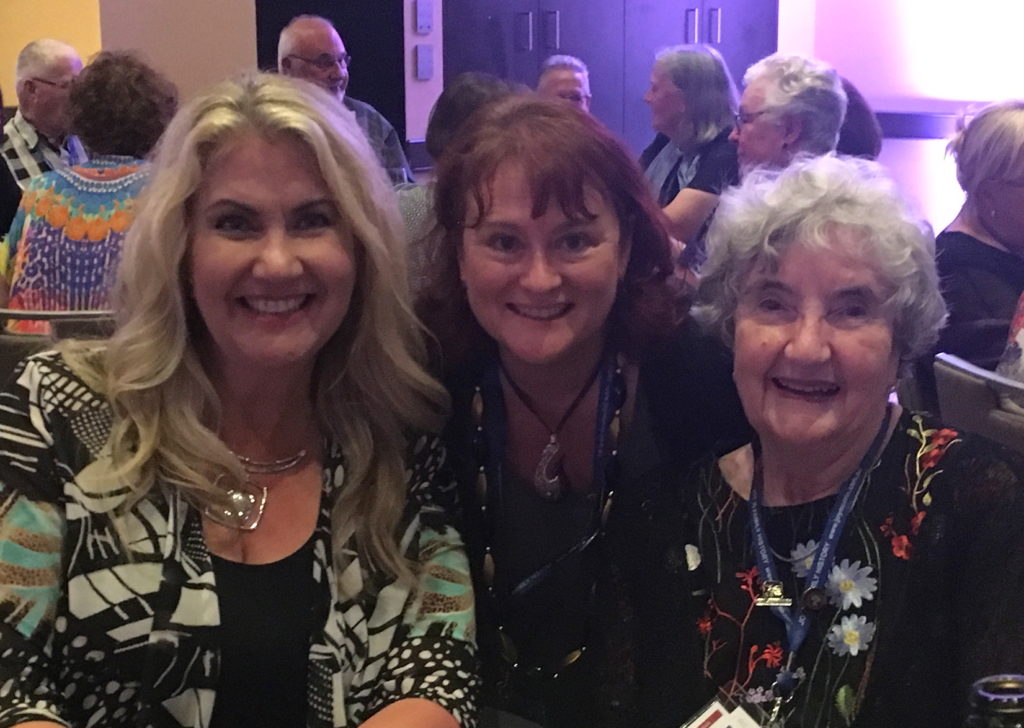 Saturday night was the Congress dinner and obviously the genealogy gods were smiling as my table included both renowned NZ genealogist Jan Gow and American speaker Lisa Louise Cooke, as well as my two new Aussie genie-mates Janelle and Hillary. The food was good and the company even better. On Sunday night I had dinner with fellow members of the Guild of One Name Studies (thanks to Karen Rogers for organising).

The highlight of Congress was the wonderful conviviality and generosity shown by everyone. I had expected it to be similar to my first couple of genealogy events in England where (while I learnt a lot) I spent most of the time on my own. No chance of that with Congress! 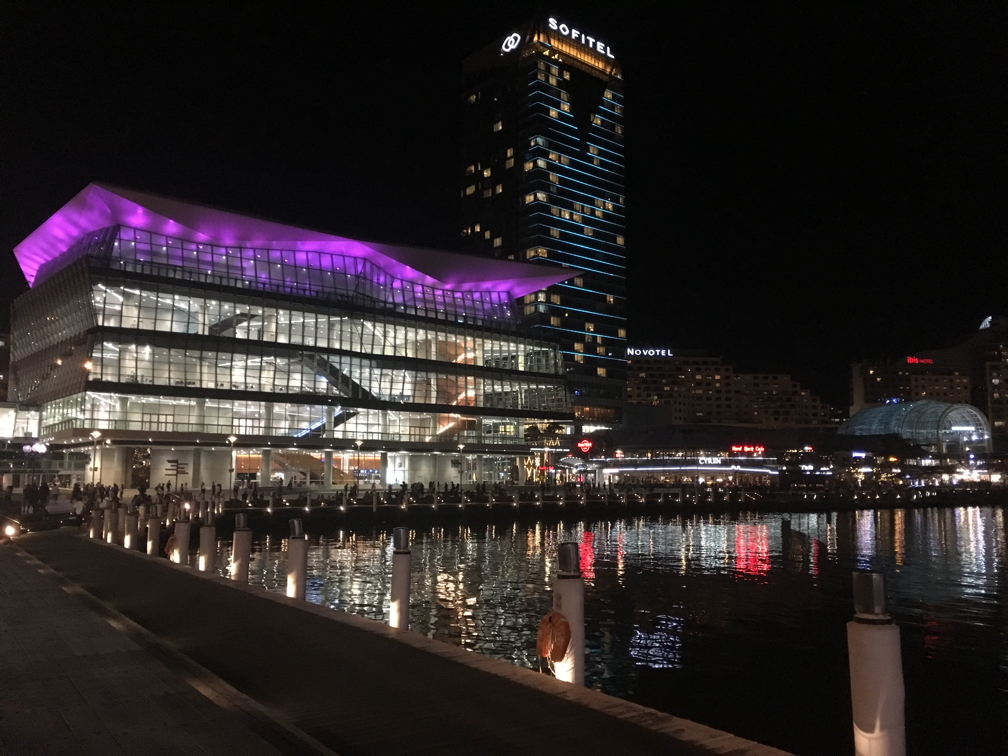