A few kilometres down the road from Castleisland, on the way to Killarney, is Dysert Burial Ground. It is here where my great great great grandfather Michael O’Rourke, father of Bartholomew O’Rourke, is buried, along with other members of the O’Rourke family. An O’Rourke cousin in Australia told me about it, and how to find it, so last May I went off in search of it. 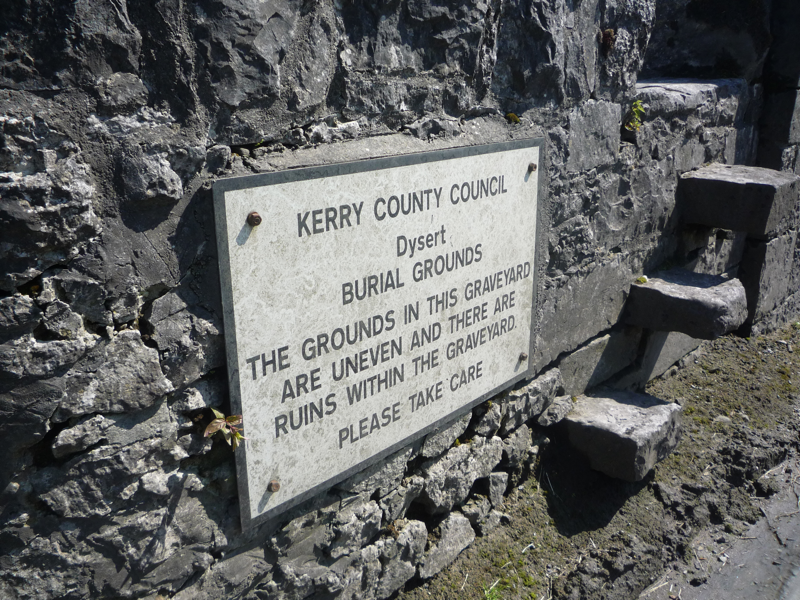 The family tomb is located just inside the gate, to the right. 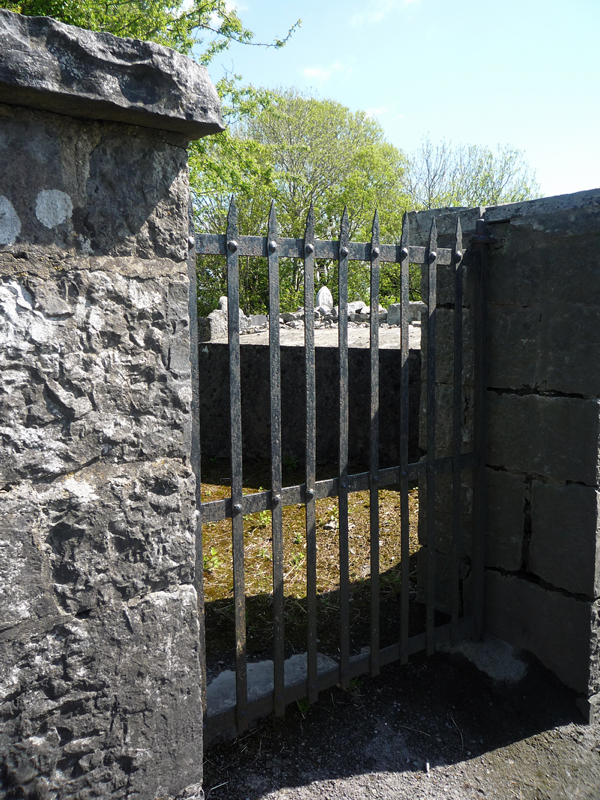 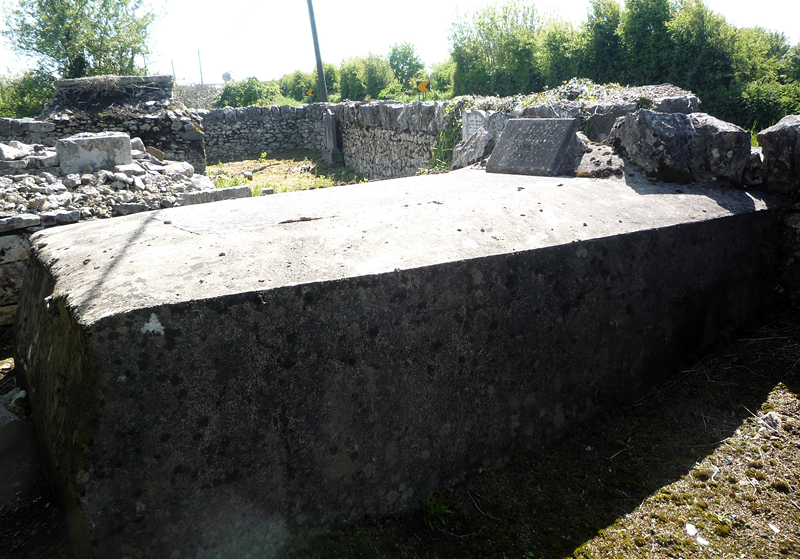 The inscriptions are almost illegible. Thankfully, another cousin had visited the site in the early 1990s and deciphered the main one as:

Michael Rourke
+ sons JOHN, DARBY & MICHAEL ROURKE
A.D.1810
This tomb was erected by the above.

This appears to be Michael with his two brothers John and Jeremiah (Darby is a common nickname), and their father Michael.

An earlier transcription, from Albert Casey1:

Daniel Rourke, sons John and Darby and Ml. This tomb was erected by the above.

Michael and Daniel would look very similar on a weathered tombstone. Daniel is not a name that has been handed down in the family, so I’m tending to side against Casey on this one (for now!). 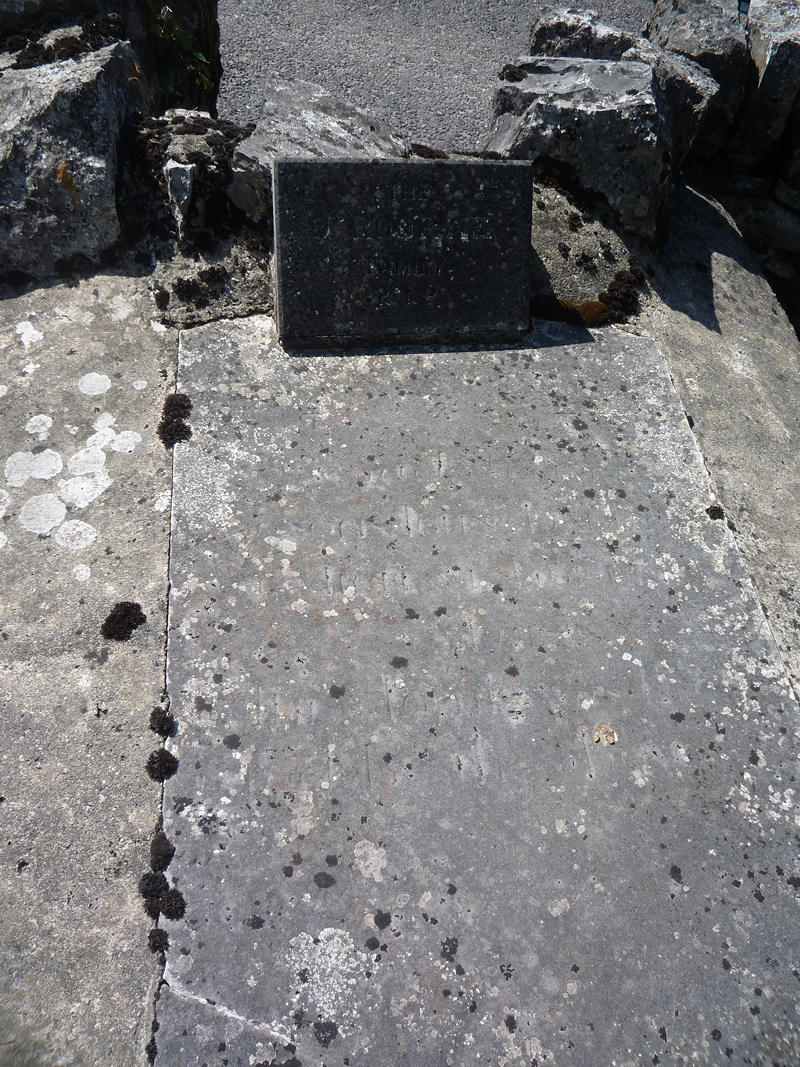 An inscription on the headstone reads: 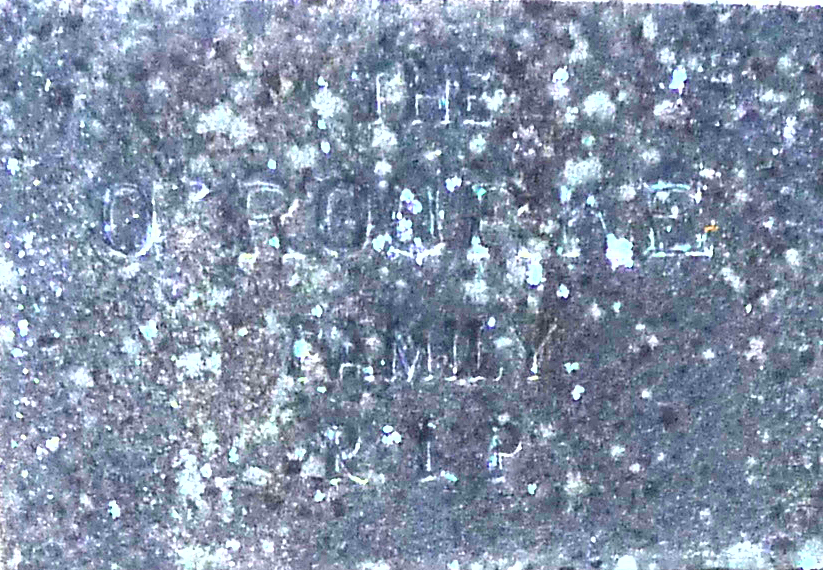 The last person to be buried in the tomb was Jeremiah O’Rourke (1916-1976), my second cousin twice removed.