One of the tasks I wanted to accomplish in West Yorkshire was to visit and photograph houses and areas where my ancestors had lived.  I had a lot of addresses from censuses and certificates, copies of old maps from Rothwell Library, and Google Maps.

Of course, many of the old buildings are gone, and streets renamed, re-routed or just plain disappeared.  And there’s only so much driving around small villages that three young kids will (quietly) put up with.  So it was a case of trying to do as much ground work as possible, before coming up again on my own sometime.

Two things I will have next time:

My 4 x great grandparents, George and Elizabeth Kemp, were living in Altofts at the time of the 1851 census. Living with them was their four year old son Thomas, and one year old daughter Hannah, as well as a servant, Mary Ramsden (whose occupation is listed as “Nurse”).1  Where I had just a village name for an address, I headed for the local Church of England church and took a snap, which is exactly what I did for Altofts (see yesterday’s post!).

In 1861, their address was “Wellington St, Whitwood” in the parish of Featherstone.2   I found a Wellington St between Castleford and Whitwood Mere, but didn’t think it was the right one, so left it.  (Looking at Google maps now, it is possibly the right place, so I need to check this again on a contemporary map.)  Thomas and Hannah/Anna are still living with their parents, along with siblings Sophia 9, and Sarah Ann (my 3x great grandmother) 5.  Sophia was born in Castleford, and Sarah Ann in Whitwood, so the family had moved around a bit.

By 1871 they had moved to a “Cottage” in Oulton with Woodlesford.3   On the census, they have been enumerated near to Mill House Flat, though I couldn’t locate this either.  Son Tom is the only child left at home, and Elizabeth’s father, James Dickinson, is also living with the family, along with Georgiana Haigh 7 “Adopted child”.

In 1881, George and Elizabeth are still in Oulton, with no specific address, with a nine year old grandson, Thomas J. Kemp, living with them.4  (I haven’t worked out whose child he is yet, nor what happened to him after they both died.)

Their daughter Sarah Ann had married Alfred Cockerham on December 23, 18715 and in 1881 were also living in Oulton, in Chapel Yard.6 With them were their daughters Mary A. 8, Sophia 5, Alice (my 2x great grandmother) 3, and their one year old son George. Boarding with the family was Thomas Rimmington, Alfred’s (first, once removed) cousin, 72. 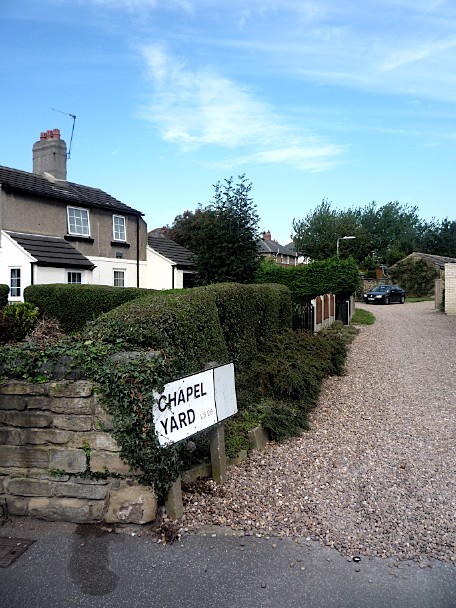 I met some lovely women as I was wandering around, and they told me that there used to be more cottages similar to this one: 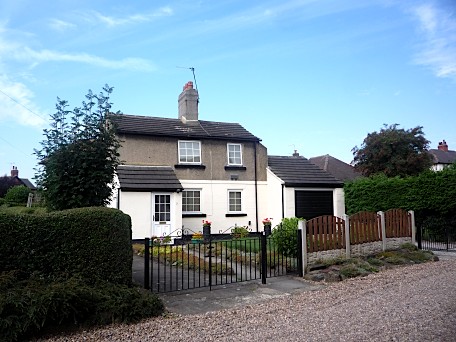 It’s really only a short lane, and down the end are some more cottages and other buildings. 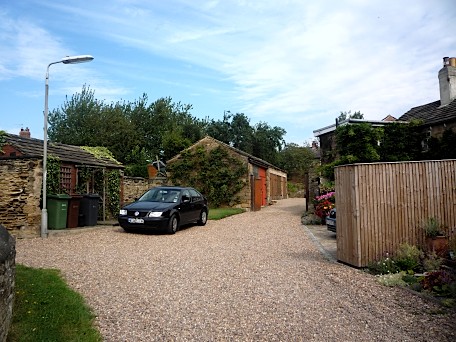 Turning around and going back out to the main street, on the left is the chapel the lane was named after, presumably! 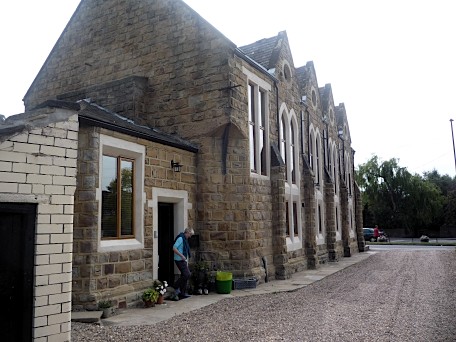