A hunting we will go ~ Tombstone Tuesday

Whilst on our trip around West Yorkshire over the summer, my kids and I checked out St John the Evangelist church in Oulton, near Rothwell.  It’s a lovely looking church from the outside, and the graveyard is mostly well kept and fun to play hide and seek in. 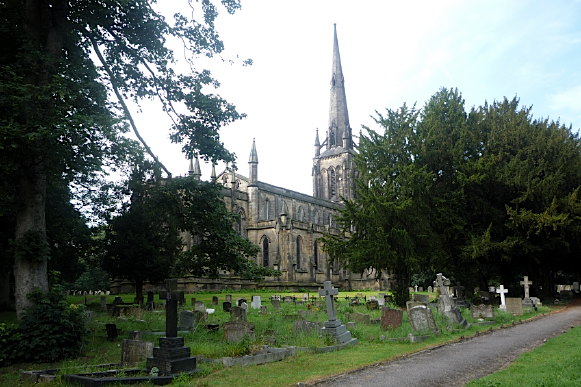 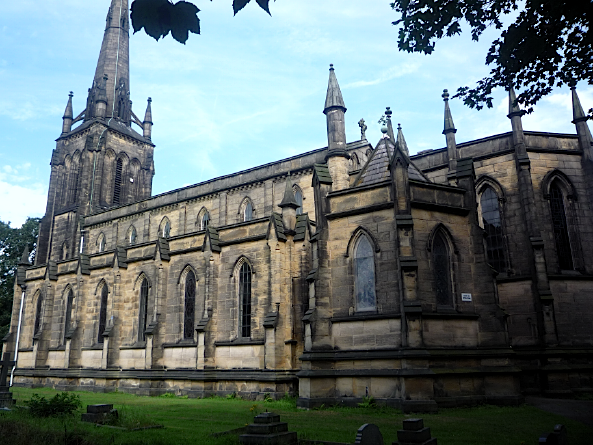 I gave my seven and four year olds a slip of paper each with three surnames to search for.   This is what my four year old daughter found: 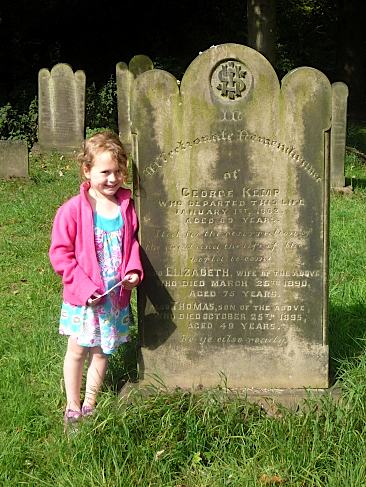 They were married at St John’s church in the parish of Wakefield on December 3rd, 1843.  George and Elizabeth were of “full age”.Their fathers were Thomas Kemp, Labourer,  and James Dickinson, Farmer.2

From census returns, they appear to have had four children3:

In the 1871 census, they had seven year old “adopted child” Georgiana Haigh living with them.4

I am descended from their daughter Sarah Ann. 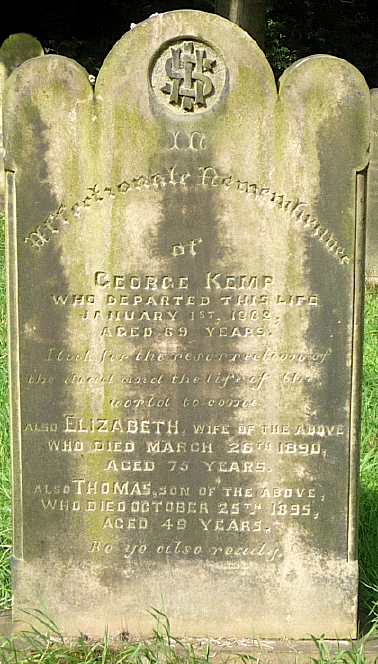 In
Affectionate Remembrance
of

According to St John’s website, the churchyard is one of the biggest in Leeds, if not the county. George and Elizabeth’s gravestone seems to be in a quite prominent spot, facing the church’s front door. 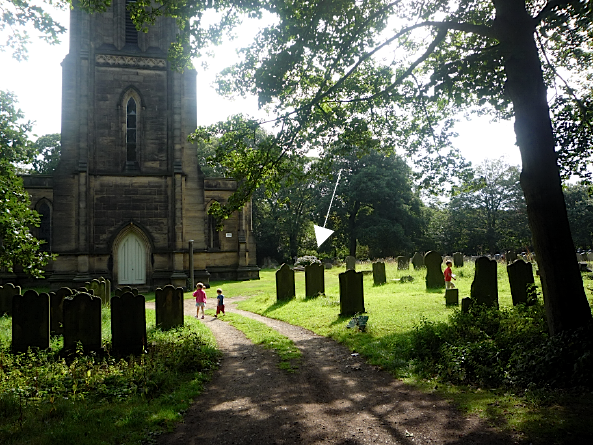 My son also found some Cockerham graves and there were several other surnames from our family, but it will take a little digging (sorry, couldn’t resist!) to find out if they are part of our tree.