Poor Percy, I have seriously neglected finishing his tale. Though to be honest, I know only a little of his life.

Last time we met Percy, he had worked his passage over to Bermuda and was living there with his parents and two sisters. From captions on some photos, I’ve deduced he was a merchant seaman. Since he’s the only one I’ve found in my family tree so far, I’m kind of excited! I need to get myself off to the National Archives and check out their Fourth Register of Merchant Seaman’s Service, which covers the years 1913 -1940.

So that’s my tenuous maritime link. What happened to Percy after Bermuda? Well, he must have turned up back in England, because he married Daphne Wills in 1934 and the marriage was registered at Dartford. I found a photograph of them, and I wonder if it is a wedding photo? 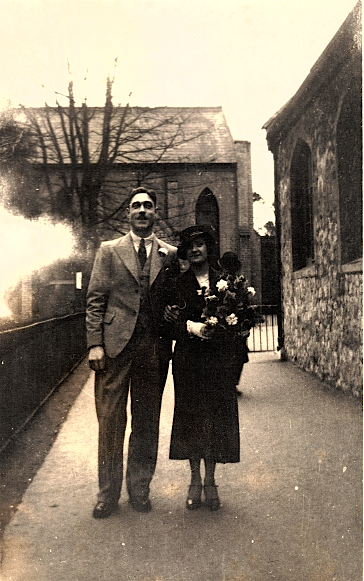 His mother Lavinia (bless her green pen!) wrote on the back of the photo, and obviously sent the photo to her brother Alex (my great grandfather) in New Zealand. 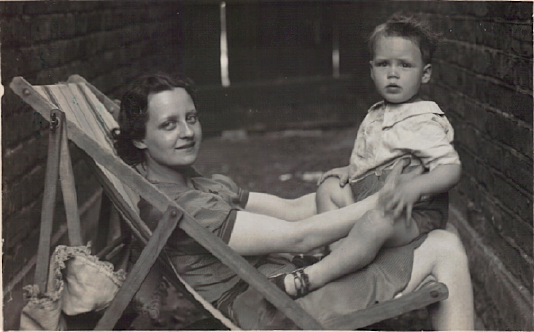 According to my cousin Lally, Percy and Daphne had three sons: Terry, Paddy and Sean, and Percy worked “on the railway”.

Percy and his wife Daphne came out to New Zealand for a visit, probably in the 1960s – it was after my mother had left home, and she was living in Auckland, as she didn’t meet them. My great grandfather Alex, Percy’s uncle, had died in 1956, but they visited family in Gisborne, and also stayed for a couple of weeks with Percy’s cousin George and his wife Jean in Taranaki, my grandparents. Apparently, they drove my grandmother a little “round the bend”, says Mum, as they didn’t want to go anywhere, just happy to sit around, chat and drink cups of tea! 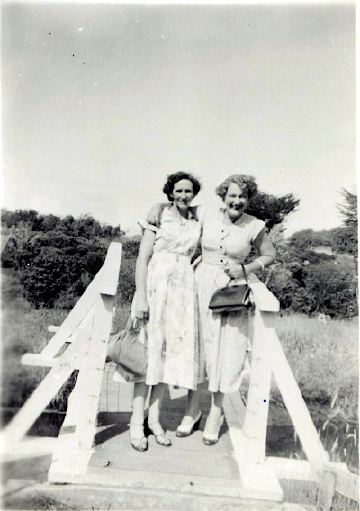 I don’t know what happened to Percy and Daphne – hopefully I can find out one day.