Today would have been my Nanna’s 96th birthday. She passed away on the 2nd of February this year, four days before I was due to arrive in New Zealand to see her. 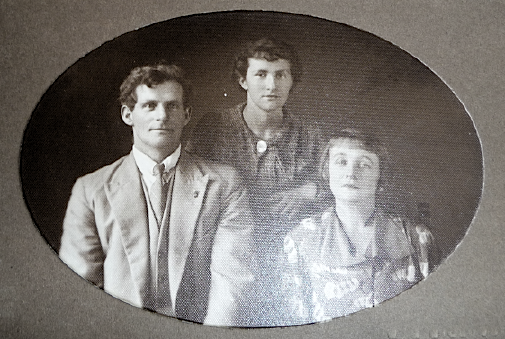 She was born Myrtle Jean Louisa McGonnell in Lepperton, Taranaki, New Zealand on April 4th, 1915, the only child of George Tunnecliffe McGonnell and Naomi Myrtle Florey.  She was always known as Jean (though the kids at school used to call her ‘Mac’).  She married my grandfather George Alexander Wright on November 16th, 1940 in New Plymouth, Taranaki.  They lived in Hawera, Taranaki, and brought up two children there, one of them being my mother.  George died in 1986, and several years later, Jean moved down to Paraparamu on the Kapiti Coast to be near my mother.  She remarried at the ripe old age of 90, and her and her husband celebrated their fifth wedding anniversary and 95th birthdays together last year. 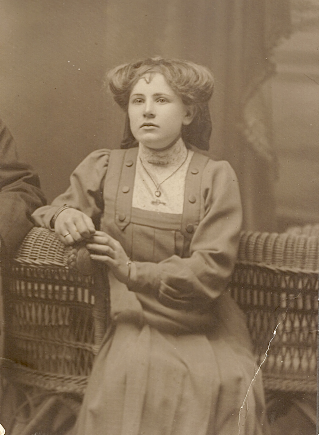 Naomi’s mother Hannah Elizabeth Horne was born about 1864 in Cape Town, South Africa, and arrived in New Zealand around 1865 with her parents Edward Horne and Elizabeth Rose.4 Hannah married Henry John Forrest Florey on March 10th, 1885 in Auckland.5 She died a tragic death on March 9th, 1907, when Naomi was just 15 years old.4

Matrilineal Monday is an ongoing series at GeneaBloggers.