Unto thee a child is born

Peter and Margaret Gaffaney had two children.  My grandfather, Michael Dominic, was born on 5 September 1910 in Fairlie, Canterbury, New Zealand.  A sibling was stillborn in 1918. 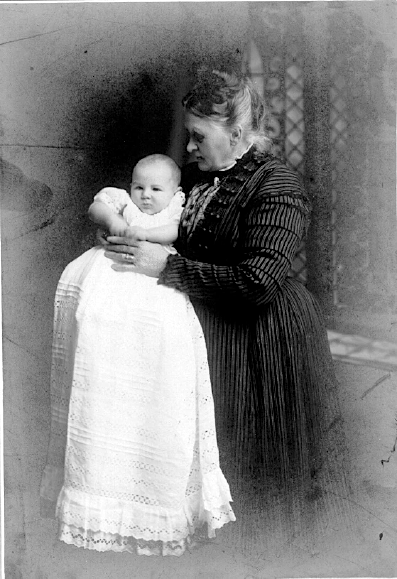 Michael Dominic Gaffaney on his baptism, 1910/11

I’m not 100% sure who the woman is in this photograph – it is definitely not his paternal grandmother, according to the Gaffaney family historian.  It is most likely to be his maternal grandmother, Bridget Power O’Rourke [now confirmed].  She may also have made the christening gown (and under-gown) that he is wearing.  This is still in the family, passed around to whomever needs it next.  I was baptised in it, as were two of my children.  (It got lost for a wee while, so my eldest son missed out.) 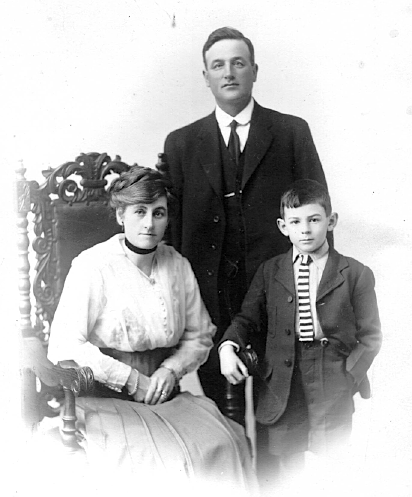 My grandfather was always called Dominic or Dom, rather than Michael.  Though he was always “Granddad” to me!

Both his parents came from such large families – I wonder if there were lots of miscarriages?