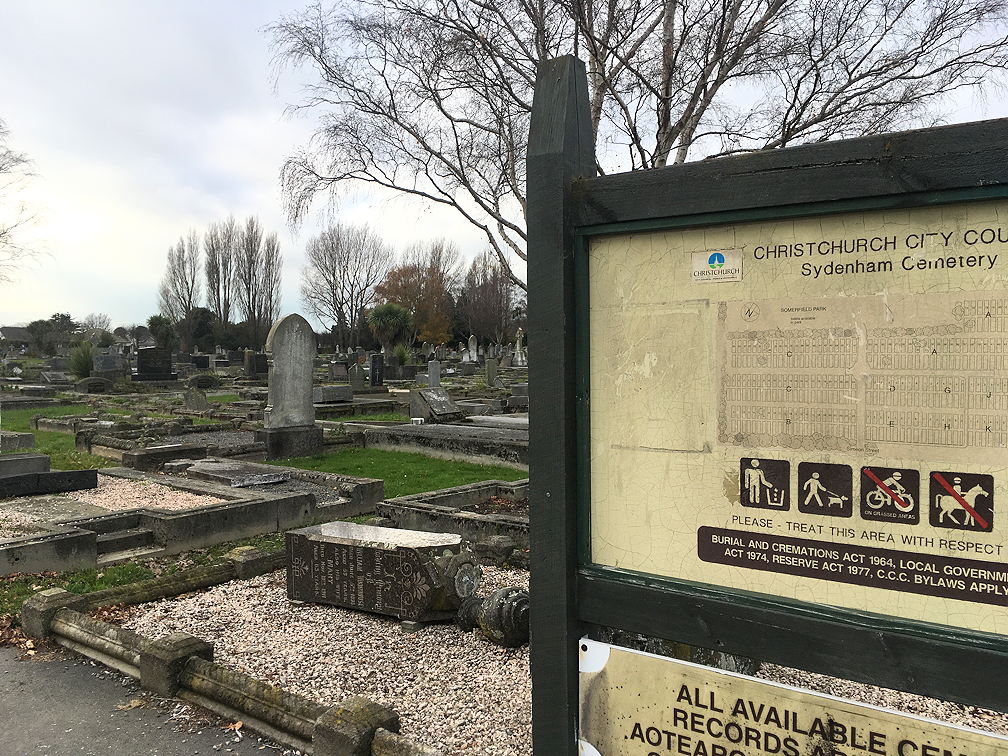 While I was in Christchurch last June for the NZSG conference, I was determined to finally discover the resting place of my 2 x great grandfather, Martin Burke.  (There’s a picture of Martin in an earlier blog post.)  My first attempt with my aunt back in 2012 was not successful.  From Christchurch City Council’s cemetery database I knew he was buried in Sydenham Cemetery on 28th November 1918, and I had a plot number, but no map of the cemetery.  Major fail.

This time I had both!  However, it still wasn’t that easy to pinpoint his actual burial site.  While I could find the right block and row, none of the graves were numbered, so it was a case of using my phone and the online database to work out who was buried where, and narrow down his exact burial spot.

And what my aunt had thought was a walkway, was in fact our ancestor’s grave. 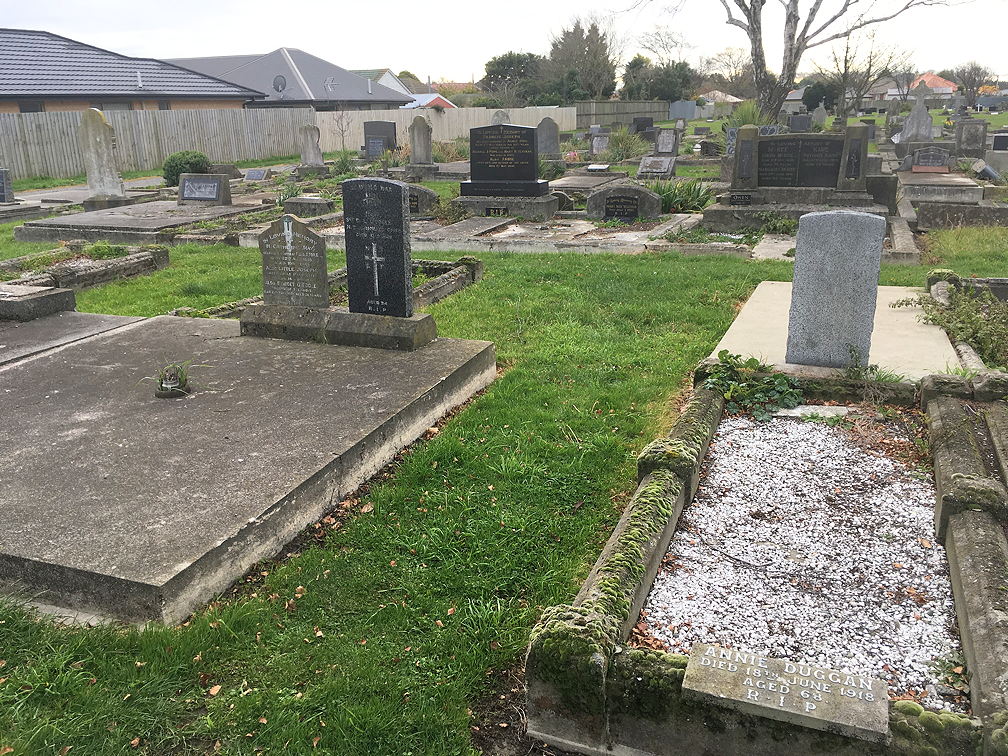 Later that weekend, I met up with a Burke cousin at the conference, and they were also going to search for Martin’s grave.  However, they had been in contact with the council and had a plan with the names and gravesite numbers marked on it.  Smart!

Plan of Block 22B of Sydenham Cemetery, Christchurch, NZ

We’re not sure why Martin doesn’t have a headstone on his grave.  Perhaps there was no money for a memorial, or some ill feeling amongst the family.  At least we now know where he rests.