This is how the Tower of London is commemorating the centenary of the outbreak of the First World War.

Blood Swept Lands and Seas of Red is an installation created by ceramic artist Paul Cummins with setting by stage designer Tom Piper, and has involved the help of hundreds of volunteer ‘poppy planters’. The Tower’s moat is being progressively filled with 888,246 ceramic poppies – each representing a British forces death during the war. The last poppy is being placed on November 11th, the date the Armistice was signed. 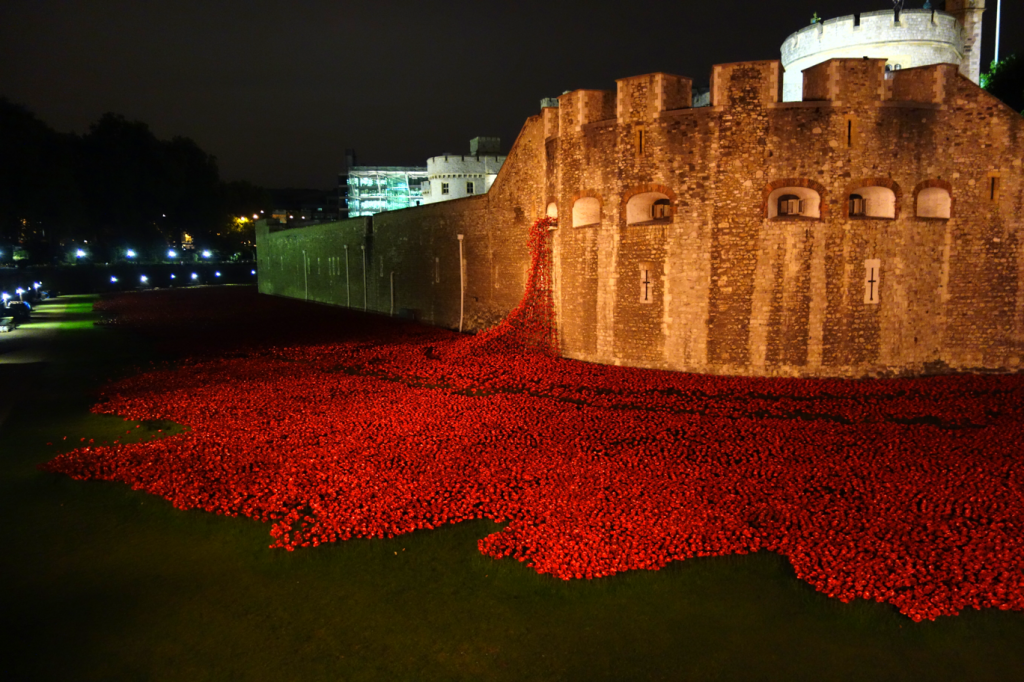 Every day since August 5, the names of 180 Commonwealth troops who were killed in the war have been read out at sunset, followed by the Last Post. These names are nominated by the public, and I nominated my two ANZACs, Peter Gaffaney and Edward Tunnecliff. Their names were read out on Thursday, September 25, and our whole family went up to London to hear them.

My (very short) video of their names being read out:

You can read more about these two soldiers in previous posts:

The official video of the full ceremony of September 25 including the Last Post is available on the Tower of London Roll of Honour website. 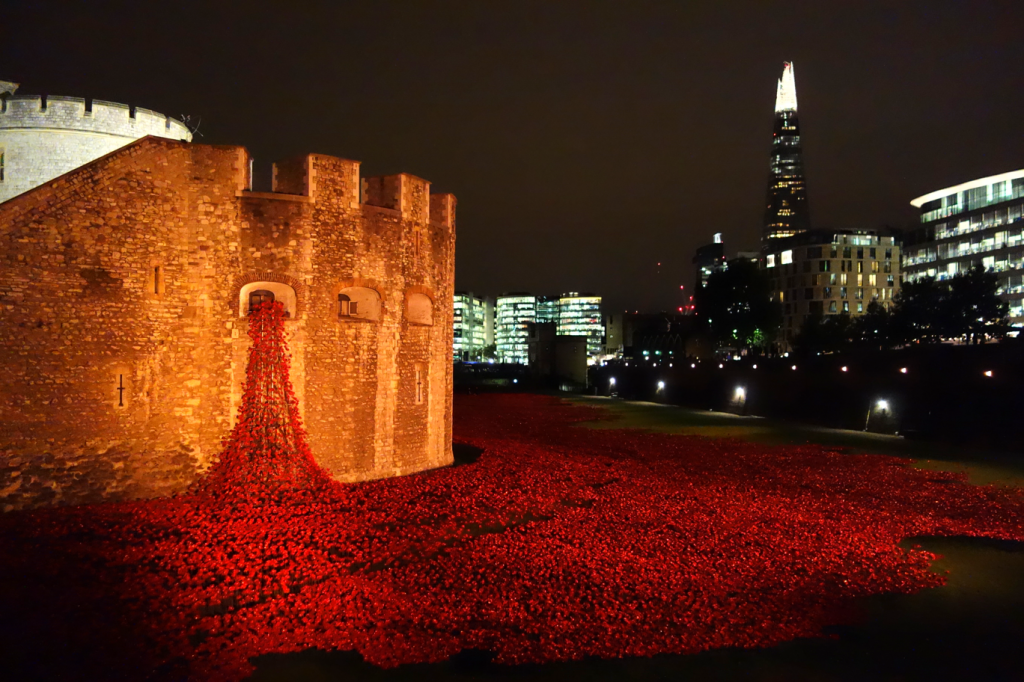 We will remember them.