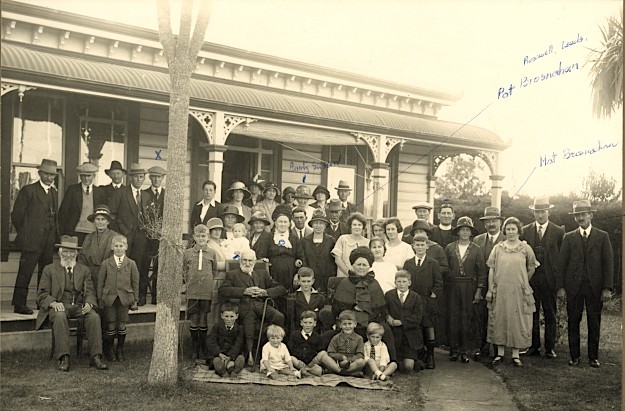 On the occasion of John and Hanorah's wedding anniversary, Temuka, South Canterbury, NZ

The caption on the frame containing this photo says the occasion for the gathering was John Brosnahan and Hanorah O’Driscoll’s Golden Wedding anniversary.  John and Hanorah were married on March 31st, 1865 in Christchurch, NZ.1  This would date the photograph to 1915.  But the clothes don’t seem to match the period – just looking at the women’s hats, for instance, and checking my (new!) book by dress historian Jayne Shrimpton, they appear to be from the mid 1920s.  So, my guess is the occasion is their 60th (or Diamond) wedding anniversary, which would have been in 1925.  What do you readers think?? 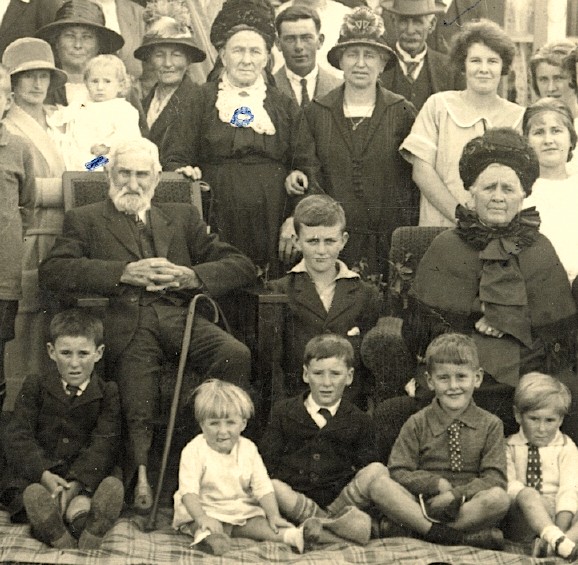 John and Hanorah Brosnahan (both seated)

Taking a closer look at the photo, John is seated with his walking stick across him, and wife Hanorah is the woman seated on the right.  Behind John, with her hand on his chair, is his sister (my great great grandmother) Margaret.  On Margaret’s right is their sister Annie (“the Queen”).

The photograph was taken outside the Brosnahans’ house in Wilkin Street, which still stands today, though many of the external character features seem to have been removed. 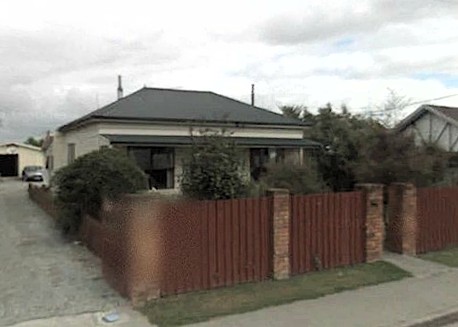 Caught on camera (and in caption) ~ the Brosnahan boys