My grandfather Dominic Gaffaney was a boarder at St Bede’s College, Christchurch, NZ for two years – from 1927 to 1928.  The college is the oldest Roman Catholic Boys’ College in the South Island, founded by Marist priests in 1911, and the only Catholic day and boarding college for boys in the South Island.1

Also attending St Bede’s at the time was his cousin Jim Brosnahan, and his first cousin George Gaffaney.  I love to imagine a bit of family rivalry going on between the three of them, especially when it came to sporting endeavours.

The annual sports of St. Bede’s College, held at the sports grounds, produced the usual keen competition and healthy rivalry, and although there were no outstanding performances the meeting was thoroughly enjoyable.
…
The senior championship was won by J. Brosnahan, a very promising distance runner and field athlete, G. Gaffaney and D. Gaffaney sharing second place.2

The following events where Dominic was placed:

In the 1928 rugby season, all three boys made it into the First XV – with George as captain.4 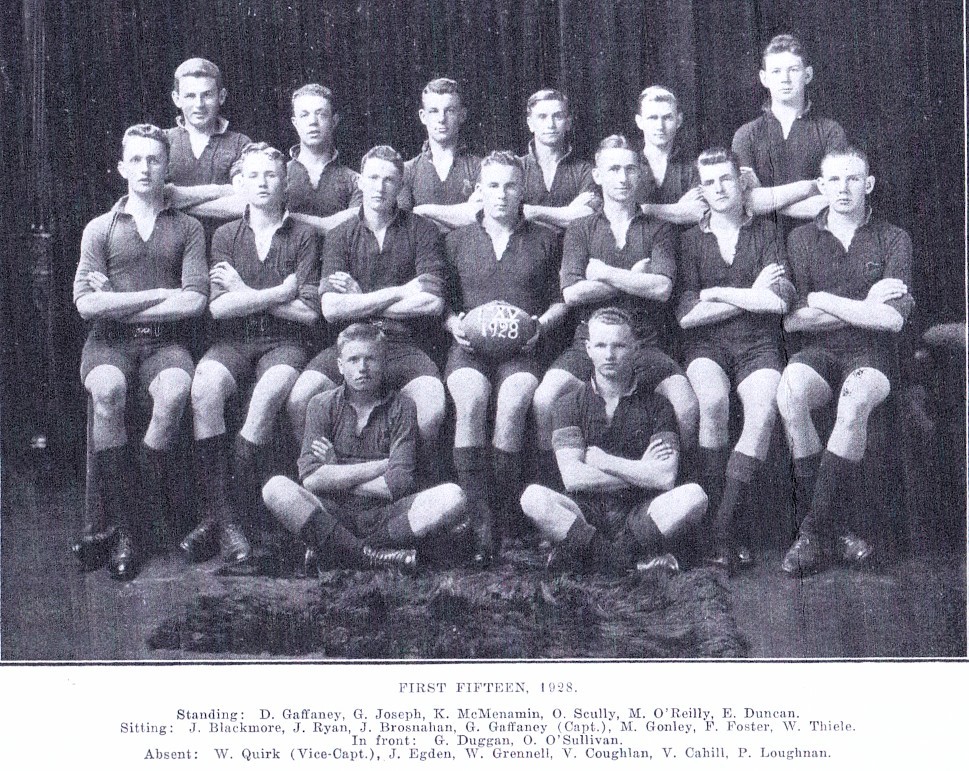