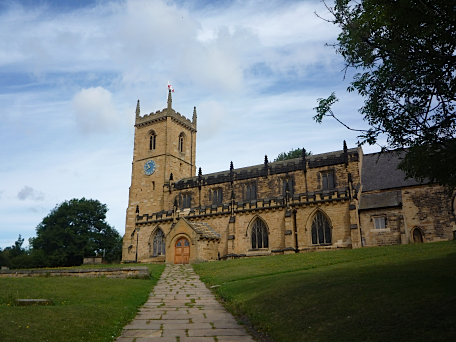 Rothwell’s parish church was built around 1130AD, though it’s thought to be the third such building on the site.  It was in this church that my great grandmother, Elsie Nunns, was baptised on December 27th, 1896, exactly one month after she was born.  Many of her family were baptised and married in the church, and buried in the churchyard.

The main ‘front’ of the church that faces Church Street and centre of Rothwell is well kept, but around the back, many of the gravestones are covered over with weeds and surrounded by stinging nettles.  I didn’t know if any of my ancestors had gravestones here, so it was really a case of having a look around and seeing what we could find.   (There is currently a project underway to map all the gravestones in the graveyard.)  We managed to find a couple of Nunns and a Hirst, but I’ll need to do a little more investigation to see if they’re family or not. The graveyard is huge, and many of the stones are illegible, if not unaccessible.  You can see further exterior photos in a previous post.

The church appeared closed, but my son had noticed someone entering by a back door, so we wandered up and knocked.  A young curate opened the door and allowed us to have a look around inside, warning that there was a funeral commencing in 40 minutes.  The interior was beautiful, and my hurried photos could not do it justice. 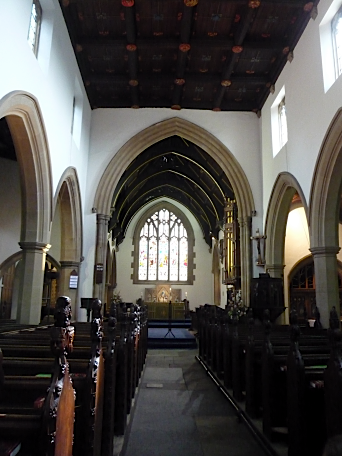 I was excited to see the baptismal font, imagining my Elsie being baptised there. (You may be able to glimpse it in this rubbish photo!) 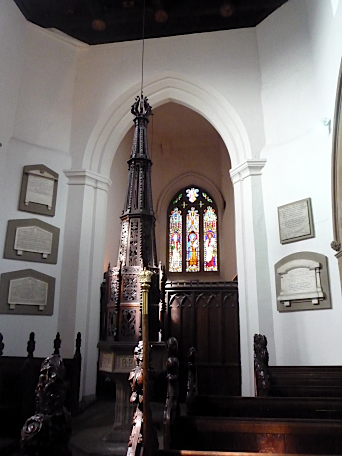