Of all the ancestors I have discovered in my research so far, Mary Jane Carroll (previously Wright, previously Freeth, formerly Clark) is the one whom I’d most like to meet.  She comes across as an incredibly strong and loving mother, full of life and spirit.

In a recent post I showed a newspaper clipping with her and her children around her.  Apart from her eldest daughter Mary1, they were all born in England, but Mary Jane’s strong Irish roots apparently ensured a very Irish household.

So where in Ireland is she from?  Good question!  And one which has many answers…

First off, a brief run down of what I know about her life.  She was born in Ireland, the daughter of John Clark2.  At some point she married James Freeth and had at least two children with him – Mary (known as Mollie) born in Meath, Ireland around 1877, and Percy born in “South Camp, Aldershot, Hants” on August 31st, 1878.3 In the newspaper clipping I have it says “she had for her first husband Colour Sergt…” – this I am assuming is James Freeth, and it sounds likely he was in the military. (I have not found a service record for him yet.) 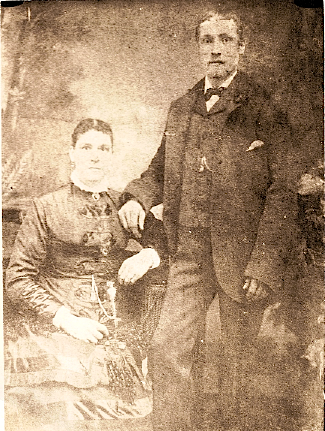 Something happened to James, because on March 13th 1882, Mary Jane Freeth, widow,  married Ephraim Wright, bachelor.2 They go on to have five children1:

On November 26th 1894, Ephraim (senior) died of “Enteric Fever”, otherwise known as typhoid.6 He was thirty three years old and left his widow Mary Jane destitute.  According to my (first, twice removed) cousin Lally7, the local Catholic priests helped place Lavinia into a girls school, and two of the boys – James and (Ephraim) George – into St Joseph’s Orphanage in Orpington.  Joseph was brought up by Mary Jane’s sister Annie and her husband Joseph Sullivan.  And wee baby Alec was kept by Mary Jane.  Such hard times, having to let your children go.

In 1901 “Mary Clark Wright”, widow, is living in Deptford with two of her sons: James 16, who is a messenger, and Alexander, 9, a school boy.8 However, in the June quarter of 1901, she marries John Carroll9, and it was as “Grandma Carroll” that my cousin Lally knew her. 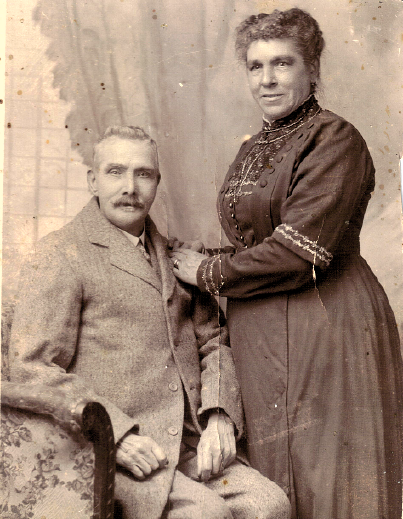 On February 12th 1932, Mary Jane died of cerebal thrombosis at 2A Woolwich Road.  She had been living at 180 Evelyn Street, the “widow of John Carroll, General Labourer”.  The informant was her son, George Wright.10

Tomorrow I’ll tackle the mystery of her birthplace.