I always knew I had Irish ancestors, but was never quite sure who they were and exactly where they were from.

In the 1990s I spent several years living in Ireland. Oh, when I think of all the research I could have done! But, I was busy studying and working and having fun. Back then, it seemed like every day was St Patrick’s Day, full of craic and lots of Guinness.

I took my family to Ireland for a two week holiday in the summer of 2009. You’d think after living in the place I would have remembered that you don’t go to Ireland for the weather, especially in the summer. The lovely lady at the holiday home company assured me that a heatwave was forecast that year. (Ah, the optimism!) It rained. Well, mostly. Occasionally we saw the sun. One place we visited during a sunny spell was Muckross House, near Killarney in Co. Kerry – with three young kids we declined the 45 minute guided tour around the grand house, and opted to see the Traditional Farms instead, with “three separate working farms (small , medium and large), each complete with animals, poultry and horse drawn farm machinery” as they would have been back in the 1930s and 1940, “a period before the widespread use of electricity”. 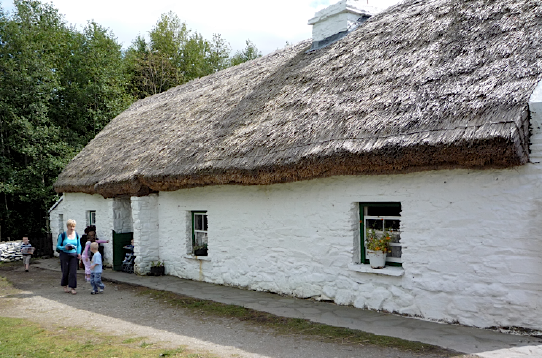 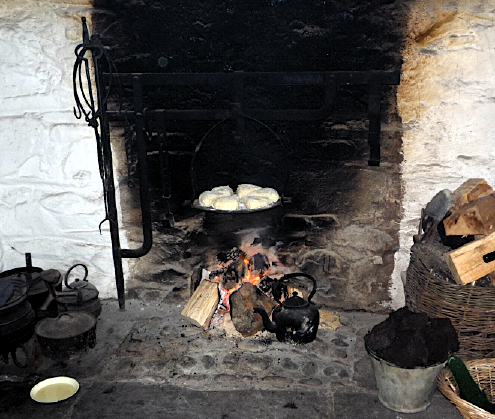 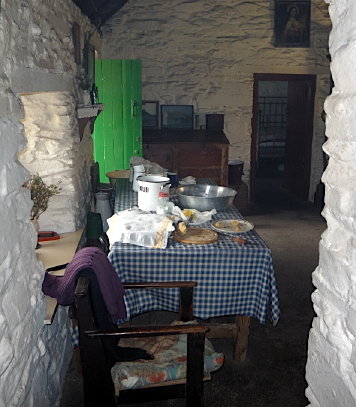 Since that trip, I’ve not only discovered the names of my Irish forebears and the counties they hailed from, I’ve also recently found a great great great grandfather’s farm in Co. Kerry. Perhaps it was a little like the one we saw at Muckross?

To the Gaffaneys, the O’Rourkes, the Burkes, the Brosnahans, the Burtons, the Powers, and the McGonnells, to you who journeyed across the seas to make new homes in New Zealand, I raise my glass on this day, and thank you for your pioneering spirit and courage.

On the other side ~ Funeral Card Friday